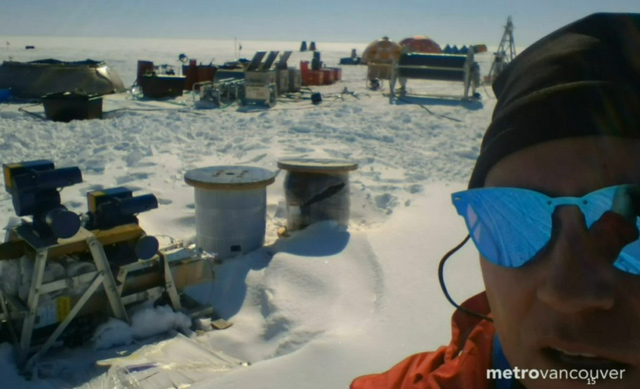 Sea level rise due to climate change is an imminent threat to coastal communities around the world and in our region, climate scientist David Holland warned during an engaging event on February 18.

Professor Holland spoke to members of the Metro Vancouver Board, Climate Action Committee, and Flood Resiliency Task Force via satellite phone from an ice breaker off the coast of Antarctica, where he has been part of a research team studying the Thwaites Glacier. It’s often referred to as the “Doomsday Glacier” because of what it signals about global climate change and the substantial impact it could have on sea level rise.

Watch the Conversation and Learn About Metro Vancouver’s Glacier

He said that one metre of sea level rise could change the geography of our region and would have a profound impact on nearby ecosystems that are unaccustomed to salt water.