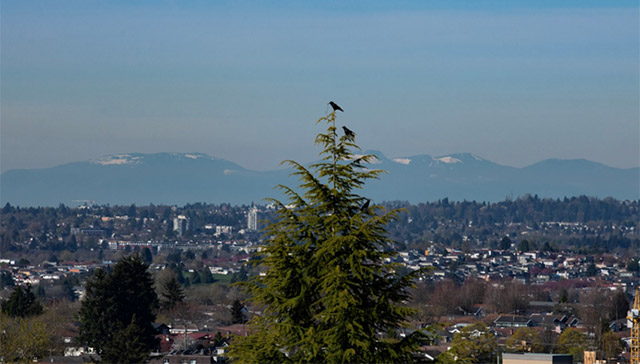 Metro Vancouver is involved in many strategies and initiatives to help mitigate the impacts of climate change on our region, including supporting the establishment of the Metro Vancouver Zero Emissions Innovation Centre (ZEIC).

Seeded by a $21.7 million federal endowment, the Metro Vancouver ZEIC will be an independent, not-for-profit charitable foundation. It will be one of seven Low Carbon Cities Canada Centres, with a mandate to accelerate urban climate solutions through research, capacity building, policy reform and financial innovation. The centre will support a wide range of actions by different agencies — including local governments — to reduce greenhouse gas emissions.

The centre’s inaugural board of directors, which met in June and July, includes Metro Vancouver directors Jen McCutcheon (representing Metro Vancouver) and Adriane Carr (representing the City of Vancouver). Director Carr is also the chair of Metro Vancouver’s Climate Action Committee. An investment committee is being formed, and the board is in the process of hiring an executive director for the new centre.

Simon Fraser University’s Renewable Cities Program is also embarking on engagement activities with key stakeholders as part of establishing the Metro Vancouver ZEIC. The new board will also look to plans such as Climate 2050 and Clean BC to inform their strategic priorities.

Previous articleLearn More About Metro Vancouver at the PNE

Next article Updating How We Manage Our Region’s Wastewater