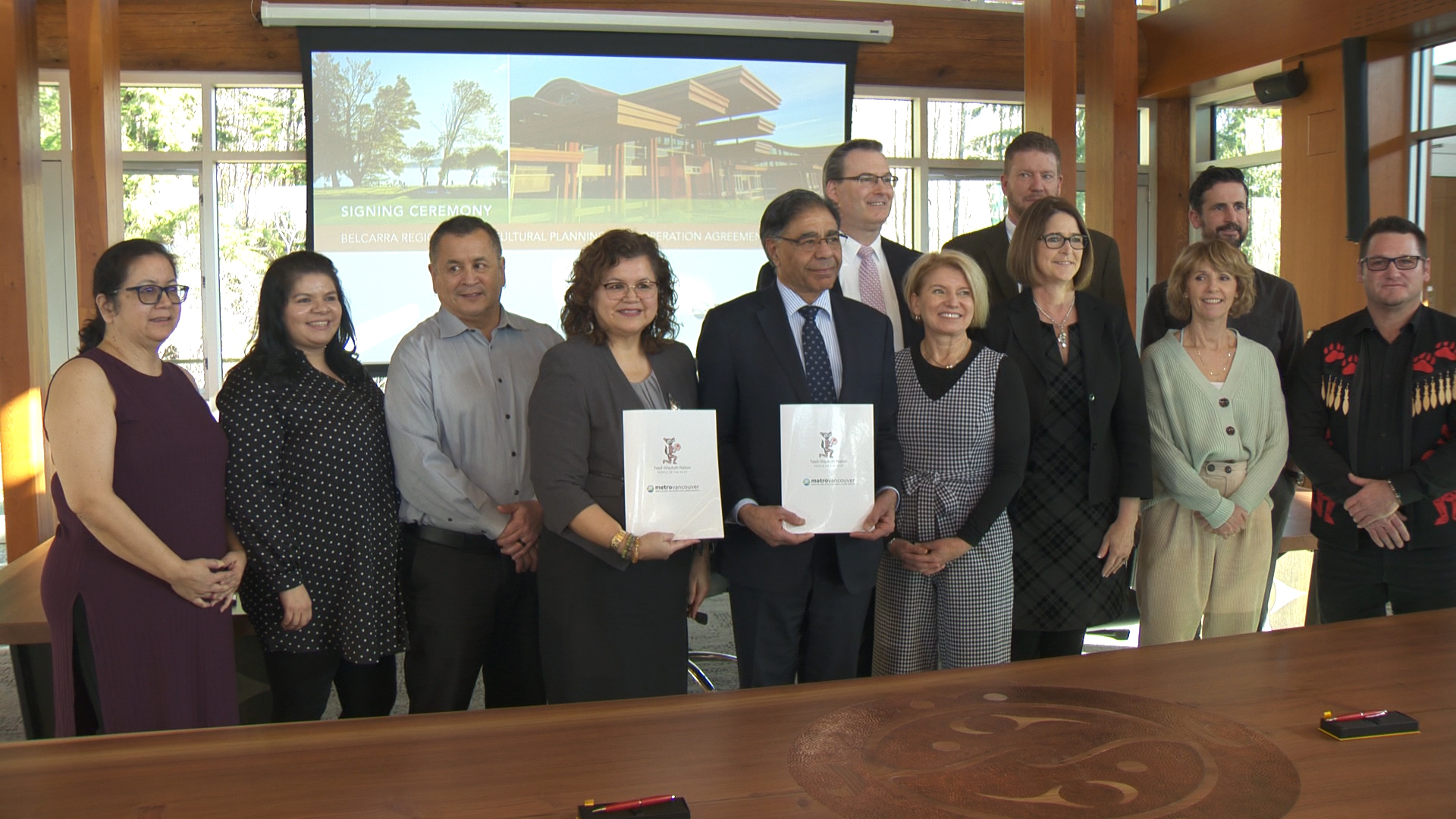 The Cultural Planning and Co-Operation Agreement – the first of its kind for Metro Vancouver –  formalizes the ongoing collaboration between the two parties and seeks to identify common interests and share ideas on how they can work together to protect, preserve and enhance the regional park for the benefit of present and future generations.

Təmtəmixʷtən, or “the biggest place for all the people,” is the largest of the ancestral Tsleil-Waututh villages, primarily occupied as a winter village. Tsleil-Waututh has occupied təmtəmixʷtən since time out of mind until colonization, and still has strong, ongoing cultural ties to this place.

The agreement does not abrogate any treaty rights, existing or asserted Aboriginal rights, titles or interests of the Tsleil-Waututh people or applicable legislation, including Metro Vancouver’s rights and powers under such legislation.