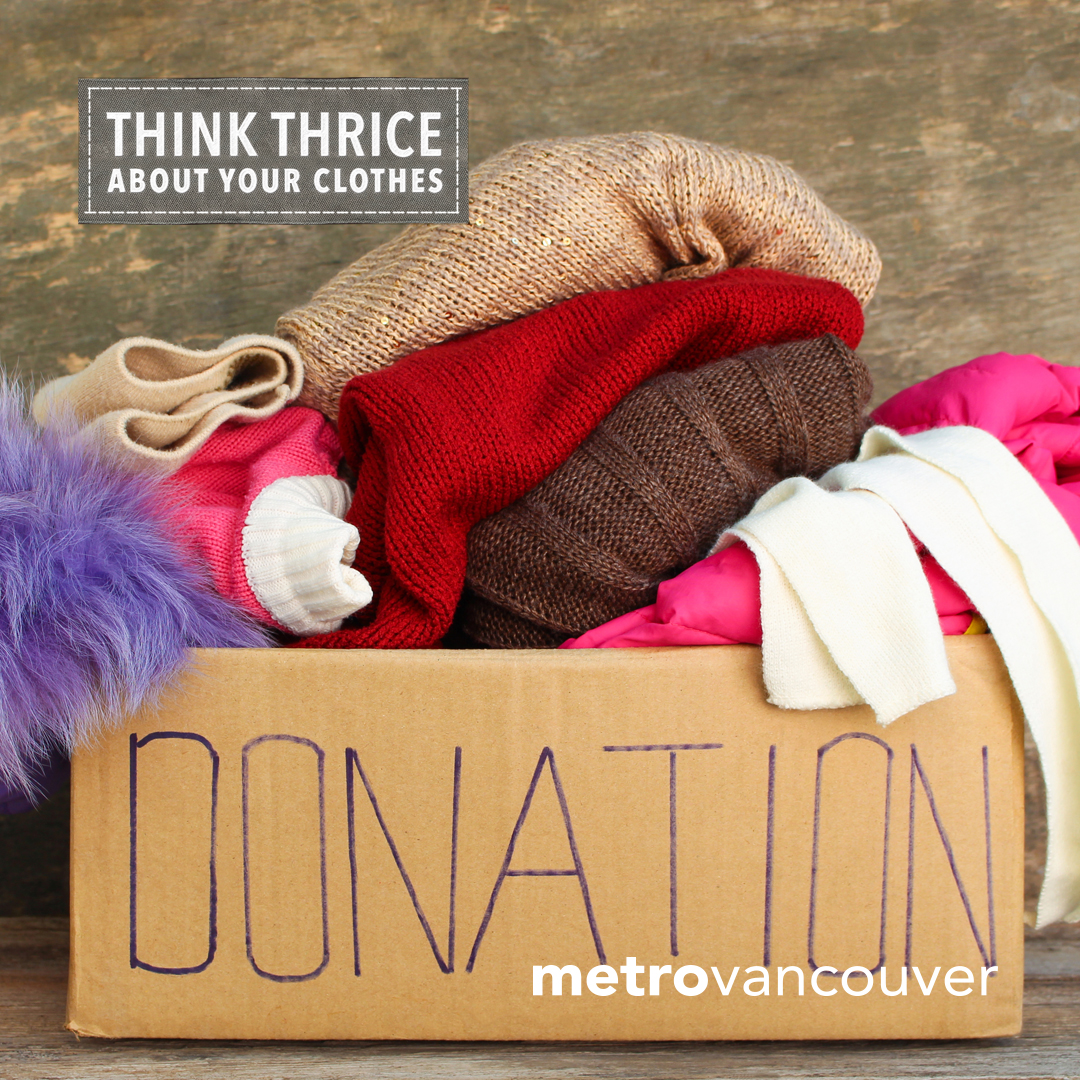 Metro Vancouver is encouraging residents to “think thrice” before tossing that ugly blouse, ripped jeans or socks with holes into the garbage. Most unwanted clothing items can be re-purposed, donated or repaired, resulting in less waste in the region.

Metro Vancouver residents collectively throw out an average of 44 million pounds of textiles each year, equating to the weight of 44 t-shirts per person. New public opinion research conducted by Metro Vancouver suggests people are likely to donate clothing they no longer need, but 40% of respondents were unclear what can or can’t be donated.

Metro Vancouver, through its website www.clothesarentgarbage.ca, hopes to help residents with that conundrum. The message from second-clothing retailers is that they will accept almost anything, as long as it’s clean and dry.

Those who aren’t quite ready to part with a well-loved item, and are keen to repair their damaged clothing – as reported by more than 61% of women and 49% of men in the survey – can find tips on DIY clothing repair and alterations on www.clothesarentgarbage.ca.

Those who attend will be provided with a small DIY mending kit to assist with their own clothing repairs.

Previous articleFirst Council of Councils for 2020